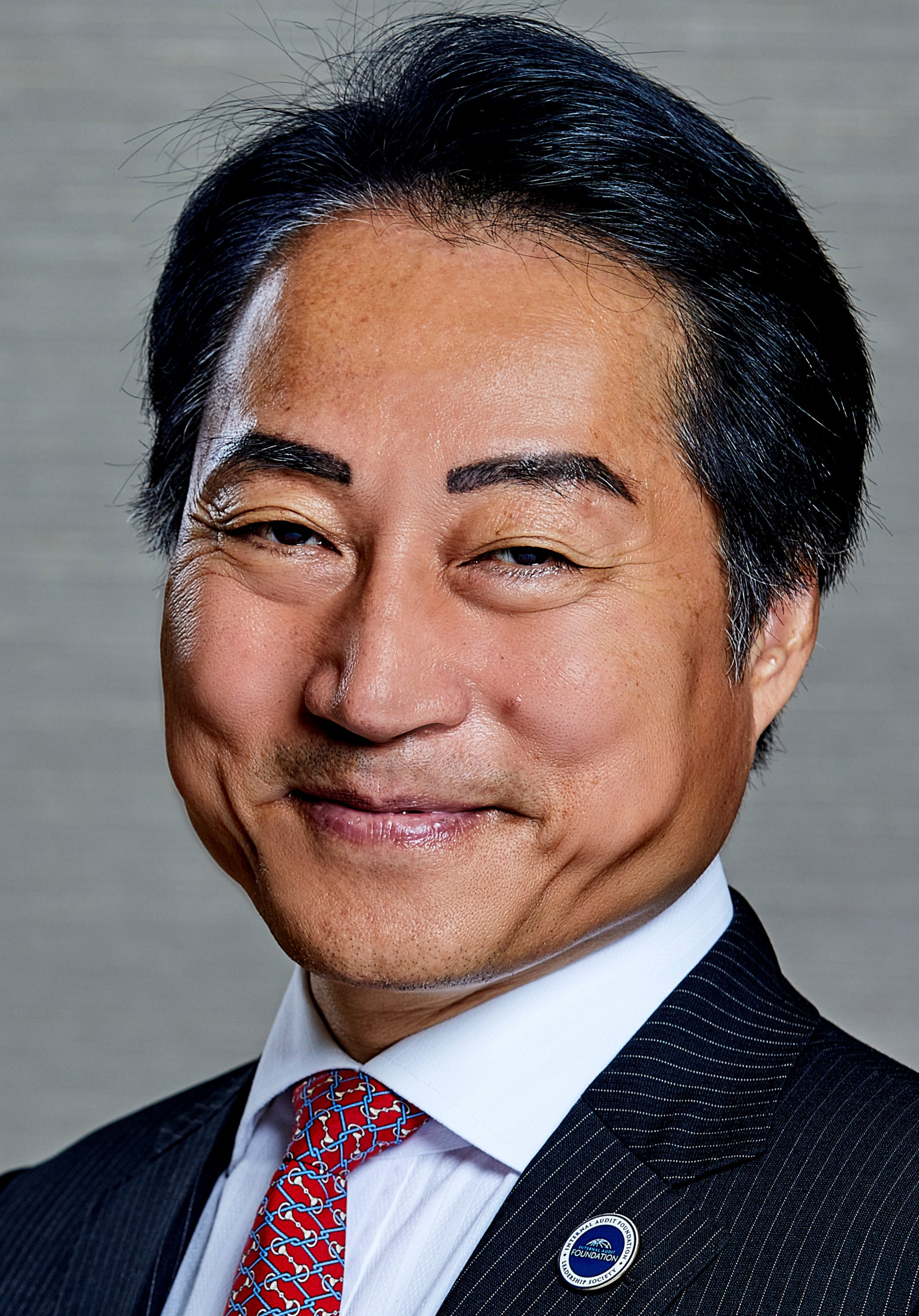 In a career spanning more than 20 years, Mouri-san has held a number of chief auditor positions. Before joining AIG, he was a Statutory Executive Officer, Senior Vice President and Chief Auditor for MetLife Alico Insurance K.K. Japan. He also led the audit departments at J.P. Morgan Asia Pacific; Shinsei Bank; Morgan Stanley Japan; and Deutsche Bank Japan. He began his career at Arthur Andersen in Atlanta and Tokyo.

Mouri-san advocates for the profession through IIA and other industry forums, and he has lectured at a number of universities in Japan, including the Meiji University Graduate Program for Professional Accountancy and Senshu University. Mouri-san co-authored “Korega Kinyukikan no Naibukansa da (This Is Internal Audit for Financial Institutions),” which is available in Japanese and Mandarin.

Mouri-san is a Certified Internal Auditor (CIA) and a Certified Public Accountant (CPA). He earned a bachelor’s degree in accounting from Georgia State University.
The theme Mouri-san chose for his year as Global Chairman was “Emphasize the Basics. Elevate the Standards.” Underscoring how important conforming to the Standards is in ensuring internal audit remains relevant, he wanted his theme to be a reminder that “we must use all the tools provided by the Standards to build a foundation upon which to stake our professional claim. If each of us strives to elevate the Standards in our daily practice, then together we can raise the profession to new heights.”